Breast Implants and their evolution

We give you the lowdown on the the evolution of breast augmentation surgery and how different techniques were tried and tested before breast implants were finally conceived and considered a safe enlargement method.

Not all women are blessed with what they consider to be an ‘ample breast size’. This has led doctors and surgeons to try and find a medical solution to increase the female breast size and help women feel more confident in their own skin.

The history of Breast Implants 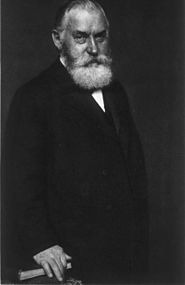 As long ago as the 1890’s women have attempted to enhance the size of their breasts. Paraffin injected into the breast was found to be unsuitable and problematic because the paraffin leaked to other parts of the body.

During the 1920’s and 1930’s doctors attempted the fat transfer method, moving fat from another part of the body to the breasts. This is a procedure that can be performed today, but is not always as successful compared to the breast implant in retaining the desired shape and size required by the patient.

In the 1950’s different materials were inserted into the breast in an attempt to enhance the size including glass balls, wood, sponges and cartilage without success.

Success wasn’t safely achieved until in 1962 when the first silicone breast implant operation was performed on a human named Timmie Jean Lindsey by two surgeons Frank Gerow and Thomas Cronin in Houston, Texas.

Frank Gerow first came up with the implant idea after squeezing a blood bag and thinking that it felt very similar to a woman’s breast. This was when he came up with the first silicone implant prototype. Before testing it on a human Gerow surgically placed the implant under the skin of a dog whose name was Esmeralda. The implant lasted without problem for two weeks before the dog chewed the stitches and the implant had to be removed. The surgery was considered successful and Garow and the team began the search for a female candidate to operate the silicon breast implant procedure on.

Timmie Jean Lindsey had been in hospital after a tattoo removal procedure on her breast and it was then that she was approached by the surgeons and they asked if she would consider the new and innovative treatment and as she was more concerned about having ear pinning surgery they came to the agreement that they would also do that surgery at the same time and the deal was made. Timmie was in theatre for 2 hours and her breast size was increased from a B cup to an ample C and Timmie was overjoyed with her results and secured her place in the history books alongside the pioneering surgeons.

At the time of Timmi’s surgery the size and shape of women’s breasts was heavily influenced by movie stars such as Marilyn Monroe and the creation of the Barbie doll. Women were now pining for a fuller shaped breasts and considering having them surgically enhanced to achieve the desired look.

Breast implants have evolved over the years with the introduction of Saline implants. Although there has been some bad press surrounding the quality of silicone implants from one disreputable supplier, they are still considered by women and most cosmetic surgeons to be the safest and longer lasting option for implantation. With technology improving we are now seeing a new generation of implants entering the market containing microchips that can be scanned to ensure they are functioning correctly.

As medical science progresses we look forward to seeing the next generation of pioneering techniques.